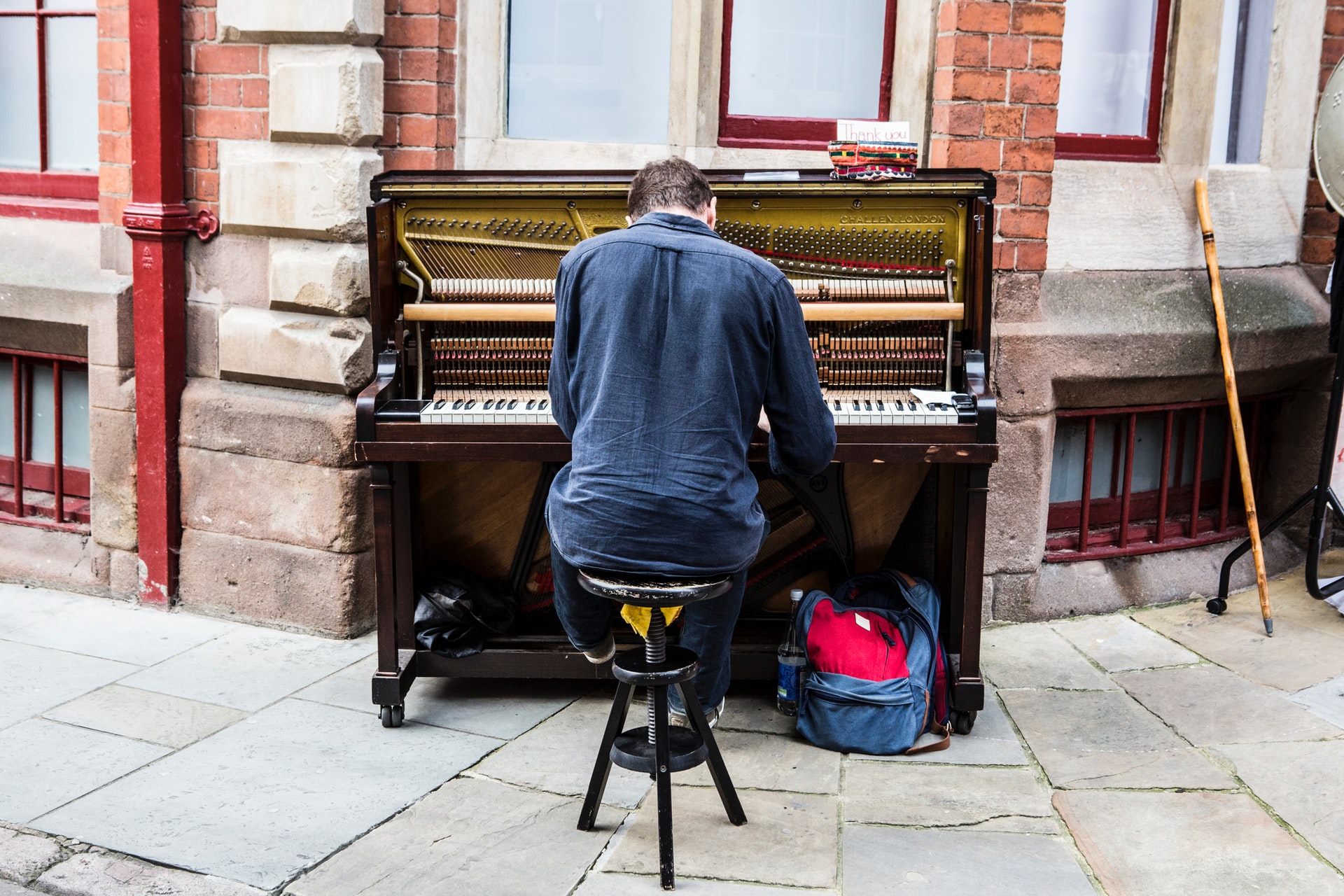 Q: What do musicians do?
A: Create and share their art!
Q: How does a musician make money?
A: Money?

Hint: It’s all about the data.

Dubai has vowed to become the ‘first blockchain-powered government in the world by 2020.’ PHOTO: RUSTAM AZMI/GETTY IMAGES

Some interesting recent articles on blockchain and crypto:

Why Blockchain Will Survive, Even If Bitcoin Doesn’t

We’re now awash in “crypto” hype—cryptocurrencies like bitcoin and fundraising efforts like initial coin offerings. For every venture capitalist or technical expert, there’s a half-dozen hype men and fly-by-night startups making the entire space look like a 21st-century version of the Amsterdam tulip mania.

All that noise has obscured the bona fide efforts involving the underlying technology, blockchain. Of all the manifestations of crypto, it’s the most seemingly mundane applications of blockchain that could lead to the biggest and most concrete changes in all of our lives.

These applications can’t be found on a coin exchange, and they aren’t going to turn anyone into an overnight billionaire. But they could bring much-needed change to some of the world’s most critical, if unsexy, industries. This means new ways of transferring real estate titles, managing cargo on shipping vessels, mapping the origins of conflict materials, guaranteeing the safety of the food we eat and more. Using blockchain, you could prove that a particular diamond on sale in a Milan boutique came from a particular mine in Russia.

What is blockchain? It’s essentially a secure database, or ledger, spread across multiple computers. Everybody has the same record of all transactions, so tampering with one instance of it is pointless. “Crypto” describes the cryptography that underlies it, which allows agents to securely interact—transfer assets, for example—while also guaranteeing that once a transaction has been made, the blockchain remains an immutable record of it.

Blockchain has the power to transform all these industries for three reasons. First, it’s genuinely well-suited to transactions that require trust and a permanent record. Second, blockchain typically requires the cooperation of many different parties. In cases where it’s implemented as open source software, it avoids the collective-action problem—the disincentives that prevent individuals from adopting something that would benefit them collectively—that occurs when a single company tries to push, and benefit from, a new standard.

The third reason is that hype I mentioned. The current excitement around cryptocurrency gives blockchain the visibility to attract developers and encourage adoption. Companies that have taken an “If it ain’t broke, don’t fix it” attitude toward back-office processes and logistics IT might be ready to spend big on updating those systems when they hear the buzzword “blockchain.”

In this way, blockchain resembles another buzzword, “the cloud.” While detractors argued that the cloud was just “someone else’s computer,” it gave many industries new business processes, new ways to charge for services, disruptive startups and new divisions within existing companies and an ecosystem of supporting technologies. Blockchain has the same potential.

Blockchain All the Things

Take logistics. Already, 1.1 million items sold or on sale at Walmart are on a blockchain—including chicken and almond milk—helping the company trace their journey from manufacturer to store shelf. Global shipping giant Maersk uses the same technology from IBM to track shipping containers, making it faster and easier to transfer them and get them through customs.

While these projects are still a fraction of the overall tracking that goes on at these giants, they are expanding rapidly both within the organizations and across their industries. Other companies using blockchain technology to track goods include Kroger, Nestlé, Tyson Foods and Unilever, with many more yet to be announced, says Bridget van Kralingen, senior vice president of platforms and blockchain at IBM.

Everledger, a company started in April 2014 with the intention of creating a blockchain-based registry of every certified diamond in the world, already has 2.2 million diamonds in its registry. It’s adding about 100,000 diamonds a month, says Leanne Kemp, chief executive and founder.

By recording 40 different measures of each stone, including “physically unclone-able features,” Everledger is able to trace the journey of a stone from when it’s pulled from the earth to the day it’s purchased by a consumer. Every participant in that chain, from the miner to the cutter to the retailer, maintains a node—with a complete copy of the database—in the Everledger blockchain network.

CartaSense is an eight-year-old Tel Aviv company that puts internet-connected sensors on freight pallets and uses analytics to determine when goods may be delayed or damaged. CartaSense customers, rather than physically handing off scanned and signed paper documents, use a blockchain database on which freight companies can record every stage of the journey of a package, pallet or shipping container. Kuehne + Nagel, one of the world’s largest freight companies, is one of CartaSense’s clients.

Blockchain is being implemented first within companies and centralized governments that can move quickly on new technologies.

Dubai, for example, has declared its intent to make itself the “first blockchain-powered government in the world by 2020.” That could streamline things in real estate, says Stephen McKeon, an associate professor of finance at the University of Oregon who studies blockchain. By moving the central record of all real-estate transactions onto a blockchain, Dubai could make it faster and easier to transfer property titles.

Because such “smart contracts” on a blockchain are code, they can contain rules about how they can be modified or transferred. In this way, blockchain could become a way to transfer the obligation of enforcement from bureaucrats to computers. For example, to prevent fraud, titles could be transferable only to certain accounts, or might transfer only after another condition, such as the transfer of funds in escrow, is met.

It’s too early to say whether blockchain, as both a technology and a movement, has the power to overcome issues that thwarted generations of software engineers. The most justifiable skepticism is that blockchain is incremental rather than revolutionary. In some cases, it isn’t much more than a marketing term imposed on systems that hardly differ from existing databases. (There’s a healthy debate about what blockchain even means, and even companies like CartaSense call their system a “blockchain-like technology.”)

But if it works, it has the potential to be a fundamental enabling technology, the way new standards for transmitting data across networks led to the internet. More concretely, it could someday underlie everything from how we vote to who we connect with online to what we buy.

Write to Christopher Mims at christopher.mims@wsj.com

Appeared in the March 12, 2018, print edition as ‘Blockchain Has Power to Transform.’

Too Much information = The Death of Culture?

The major creative industries of music, photography, print, and video have all been disrupted by digital technology. We know this. As Chris Anderson has argued in his book Free, the cost of digital content has been driven towards zero. How could this be a bad thing? Well, TMI (Too Much Information — in this case, Too Much Content) is the curse of the Digital Age. It means creators make no money and audiences can’t find quality content amidst all the noise.

The end result will be a staleness of content and stagnant creative markets, i.e., the slow death of culture. So, how did this happen and what do we do about it?

View the rest of the story on Medium.

An Ultimate Beginner’s Guide to BlockChain

One can’t get enough of this…